Claude McKay: The Making of a Black Bolshevik (Paperback) 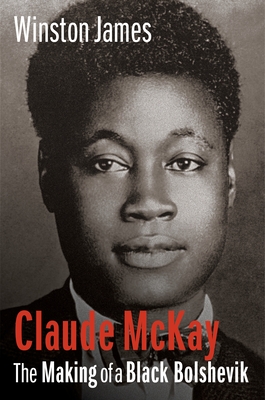 One of the foremost Black writers and intellectuals of his era, Claude McKay (1889-1948) was a central figure in Caribbean literature, the Harlem Renaissance, and the Black radical tradition. McKay's life and writing were defined by his class consciousness and anticolonialism, shaped by his experiences growing up in colonial Jamaica as well as his early career as a writer in Harlem and then London. Dedicated to confronting both racism and capitalist exploitation, he was a critical observer of the Black condition throughout the African diaspora and became a committed Bolshevik. Winston James offers a revelatory account of McKay's political and intellectual trajectory from his upbringing in Jamaica through the early years of his literary career and radical activism. In 1912, McKay left Jamaica to study in the United States, never to return. James follows McKay's time at the Tuskegee Institute and Kansas State University, as he discovered the harshness of American racism, and his move to Harlem, where he encountered the ferment of Black cultural and political movements and figures such as Hubert Harrison and Marcus Garvey. McKay left New York for London, where his commitment to revolutionary socialism deepened, culminating in his transformation from Fabian socialist to Bolshevik. Drawing on a wide variety of sources, James offers a rich and detailed chronicle of McKay's life, political evolution, and the historical, political, and intellectual contexts that shaped him.

Winston James is professor of history at the University of California, Irvine. He is the author of several books, including A Fierce Hatred of Injustice: Claude McKay's Jamaica and His Poetry of Rebellion (2000); The Struggles of John Brown Russwurm: The Life and Writings of a Pan-Africanist Pioneer, 1799-1851 (2010); and Holding Aloft the Banner of Ethiopia: Caribbean Radicalism in Early Twentieth-Century America, second edition (2020), winner of the Gordon K. Lewis Memorial Award for Caribbean Scholarship of the Caribbean Studies Association.