A History of Namibia: From the Beginning to 1990 (Paperback) 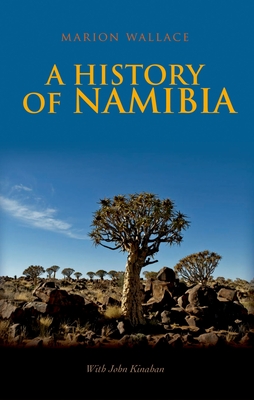 In 1990 Namibia gained its independence after a decades-long struggle against South African rule--and, before that, against German colonialism. This book, the first new scholarly general history of Namibia in two decades, provides a fresh synthesis of these events, and of the much longer pre-colonial period. A History of Namibia opens with a chapter by John Kinahan covering the evidence of human activity in Namibia from the earliest times to the nineteenth century, and for the first time making a synthesis of current archaeological research widely available to non-specialists. In subsequent chapters, Marion Wallace weaves together the most up-to-date academic research (in English and German) on Namibian history, from the mid-eighteenth century to the present. She explores histories of migration, production and power in the pre-colonial period, the changes triggered by European expansion, and the dynamics of the period of formal colonialism. The coverage of German rule includes a full chapter on the genocide of 1904-8. Here, Wallace outlines the history and historiography of the wars fought in central and southern Namibia, and the subsequent mass imprisonment of defeated Africans in concentration camps. The final two chapters analyse the period of African nationalism, apartheid and war between 1946 and 1990. The book's conclusion looks briefly at the development of Namibia in the two decades since independence. A History of Namibia provides an invaluable introduction and reference source to the past of a country that is often neglected, despite its significance in the history of the region and, indeed, for that of European colonialism and international relations. It makes accessible the latest research on the country, illuminates current controversies, puts forward new insights, and suggests future directions for research. The book's extensive bibliography adds to its usefulness for scholar and general reader alike.

Marion Wallace is African curator at the British Library and a historian of Namibia.