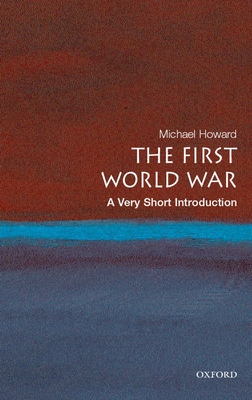 By the time the First World War ended in 1918, eight million people had died in what had been perhaps the most apocalyptic episode the world had known. This Very Short Introduction provides a concise and insightful history of the Great War--from the state of Europe in 1914, to the role of the US, the collapse of Russia, and the eventual surrender of the Central Powers. Examining how and why the war was fought, as well as the historical controversies that still surround the war, Michael Howard also looks at how peace was ultimately made, and describes the potent legacy of resentment left to Germany. About the Series: Combining authority with wit, accessibility, and style, Very Short Introductions offer an introduction to some of life's most interesting topics. Written by experts for the newcomer, they demonstrate the finest contemporary thinking about the central problems and issues in hundreds of key topics, from philosophy to Freud, quantum theory to Islam.

Michael Howard is Professor Emeritus of Modern History at the University of Oxford and Yale University.