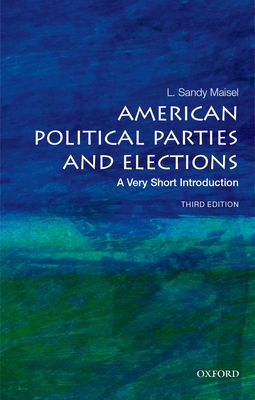 Few Americans and even fewer citizens of other nations understand the electoral process in the United States. Still fewer understand the role played by political parties in the electoral process or the ironies within the system. Participation in elections in the United States is much lower
than in the vast majority of mature democracies. Perhaps this is because of the lack of competition in a country where only two parties have a true chance of winning, despite the fact that a large number of citizens claim allegiance to neither and think badly of both. Or perhaps it is because in the
U.S. campaign contributions disproportionately favor incumbents in most legislative elections, or that largely unregulated groups such as the now notorious 527 organizations have as much impact on the outcome of a campaign as do the parties or the candidates' campaigns. For instance, in two of the
last six presidential elections, the winner of the popular vote lost the election in the Electoral College; in two others, a change of fewer than 100,000 votes in selected states would have led to the same result. These factors offer a very clear picture of the problems that underlie our much
trumpeted electoral system. The third edition of this Very Short Introduction analyzes these issues and more. Accounting for changes in electoral coalitions and the extent to which the American electorate is polarized in the wake of Donald Trump, L. Sandy Maisel explains how the system actually works while shining a light on
some of its flaws. He also looks closely at turnout questions; efforts both to ease access to the ballot in some states and to restrict access in others; and the role of social media in campaign strategy.

L. Sandy Maisel is the William R. Kenan Jr. Professor of Government at Colby College. From 2003 to 2012, he was Director of the Goldfarb Center of Public Affairs and Civic Engagement at Colby College. A former candidate for Congress, Maisel is the author or editor of 15 books on political parties and elections, including including Parties and Elections in America: The Electoral Process, Two Parties or More? and The Parties Respond: Changes in American Parties and Campaigns. He is also a frequent commentator on contemporary politics.