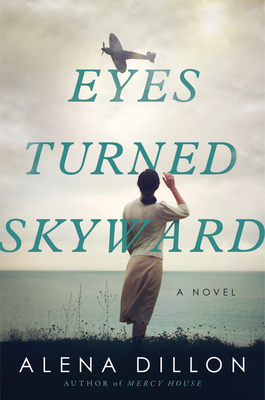 From the author of Mercy House and The Happiest Girl in the World comes a brilliant, dual timeline novel about a daughter discovering her mother’s past as a female pilot during World War II and the consequences of women’s contributions remaining unrecognized.

Kathy Begley is an empty nester, the primary caretaker of her ailing mother, and the emotional support for her laid-off husband. She’s also returning to the office after two decades to work under a borderline inappropriate boss. Then a Congressional Gold Medal Ceremony invitation arrives, and she uncovers an unfathomable family secret: her mother, Peggy Mayfield, wasn’t just a tempestuous wife and mother. She was a Women Airforce Service Pilot.

Peggy jumped at the opportunity to become a WASP, the first American females to fly military aircraft. She wore men’s uniforms, sweated, studied, trained, and soared. She also danced, drank, played poker, and fell in love with adventure, new friends, and her commanding officer.

Once a spunky flyer, Peggy is now filled with regret as she confronts the end of her life, but Kathy is determined to make her last months count by securing Peggy long overdue recognition, appreciating her anew, and forgiving her before it’s too late.

Eyes Turned Skyward is an unforgettable novel about unheralded female heroism, the transformation of misogyny, inheritance, and ultimately, reconciliation.

Alena Dillon is the author of Mercy House, which is in development as a CBS All Access television series. Her work has appeared in publications including LitHub, River Teeth, Slice Magazine, The Rumpus, and Bustle. She teaches creative writing and lives on the north shore of Boston with her husband, son, and dog.

"Eyes Turned Skyward is a powerful examination of the cost—emotional, familial, generational—when women are denied their right to soar. Spitfire aviatrix Peggy is eager to serve her country during WWII as a Women's Airforce Service Pilot, and her fury when the women pilots are sidelined will echo through the decades to her own daughter, Kathy, a nurse struggling to care for the frail, aging, angry mother she has never really understood. Alena Dillon's poetic prose and complex characters will linger long after the last page is turned!" — Kate Quinn, New York Times bestselling author of The Alice Network

"In Eyes Turned Skyward, Alena Dillon has masterfully woven together dual timelines and complex characters in an engrossing and emotional story that celebrates the contributions made by WASP members while also demonstrating how their sacrifices, losses, and lack of recognition by the government impacted their lives following the war.” — Lorraine Heath, New York Times bestselling author of Girls of Flight City

"Eyes Turned Skyward brings the bravery and tenacity of World War II’s Women Airforce Service Pilots front and center, which is exactly where this inspiring story belongs. Engaging and honest, this big-hearted book also explores the contemporary challenges and joys often found in marriage and family life." — Elise Hooper, author of Angels of the Pacific

"Dillon has written a compelling and moving dual-timeline story about the lasting ramifications of misogyny, grief, and the histories we don’t know about the those we love the most. Filled with laser-sharp insights on motherhood, caregiving, and ambition, Eyes Turned Skyward is a rich and unforgettable story that reveals the exquisite humanity of family members in all their faults and glory." — Marjan Kamali, author of The Stationery Shop and Together Tea

"Readers seeking a nuanced portrayal of mother-daughter dynamics as well as a soaring portrait of courageous women during wartime will find much to love in Dillon’s (The Happiest Girl in the World) latest." — Library Journal

"A brilliant and often heartbreaking account of a young girl striving to live a complicated dream, The Happiest Girl In The World probes the tragedy of the at-all-costs mentality that fuels Olympic performances." — Blythe Lawrence, co-author of Aly Raisman’s Fierce: How Competing for Myself Changed Everything

"The Happiest Girl in the World is a tender reflection on the importance of second chances, the ways in which both courage and cowardice can break a person, and what it takes to make yourself whole again." — Meghan MacLean Weir, author of The Book of Essie

"Happiest Girl in the World is a searing look at elite gymnastics and the lengths an athlete will go to reach her goal. Dillon writes a harrowing story about how hope can be saddled with burdens, and sacrifice can wear down the soul. Timely and spirited, I devoured this book." — Elissa R. Sloan, author of The Unraveling of Cassidy Holmes

“A life-altering debut featuring fierce, funny, and irreverent women who battle the most powerful institution in the world. This is the book we’ve all been waiting for.”
— Amy Schumer on Mercy House

“In Mercy House, Alena Dillon gives us one of fiction’s more unlikely lovable heroines: elderly, dynamic Sister Evelyn, whose tale—and that of her housemates—is as unexpected as it is moving. This is a thoughtful, accomplished debut.” — Therese Ann Fowler, New York Times bestselling author of Z, A Well-Behaved Woman, and A Good Neighborhood